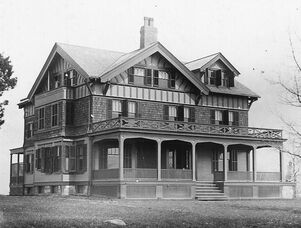 HOUSE HISTORY PROGRAM The Dani McCulloch House History Program (formerly known as the Adopt-A-House Program) provides guidance to residents who wish to learn how to research the history of their houses. Many homeowners, after completing the required research, have worked with the Historical Society to create informative programs which have been presented to members of the Chatham Historical Society and the invited public.
Upon completion of the research as outlined in the Adopt-A-House packet, researchers  will be given the option to purchase a recognition marker through the Historical Society, suitable for displaying on, or in, their home.
Contact Karen Franklin at chathamnjhistory@gmail.com for more information about the House History program. 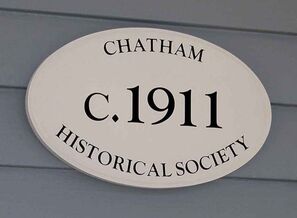 HOME PLAQUE PROGRAM The Chatham Historical Society offers a program to place date plaques on homes throughout the Borough of Chatham as a way of spreading word about Chatham's rich history, providing information about the houses of Chatham, and creating a sense of pride in our community. The Plaque Program is an easy and fun way to help make your home a part of Chatham's history. A home owner who completes the requirements as outlined in the Adopt-A-House research packet will be given the option to purchase a recognition marker through the Historical Society, suitable for displaying on or in their home. The marker will indicate the date the home was built. 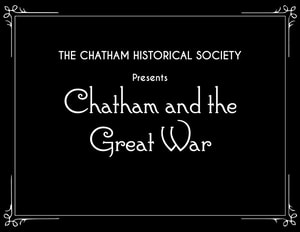 CHATHAM AND THE GREAT WAR In commemoration of the 100th anniversary of the US entering WWI, this program tells the story of war-time Chatham. It chronicles the impact of the war on Chatham and the contributions and sacrifices made by military personal, volunteers and everyday citizens. The program was researched and developed by Jackie Pindak and Helen Ann Rosenfeld and dedicated to the five Chatham soldiers who lost lives in France: Eugene Hubbard, Van Horn Wolfe, Paul VanFleet, Fred Pihlman and Fredrick Parcells. The use of the Society’s vintage photos and documents from the era brought the war-related activities to life. 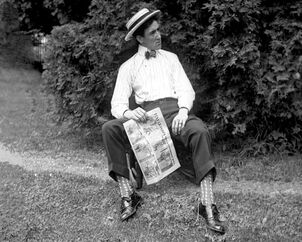 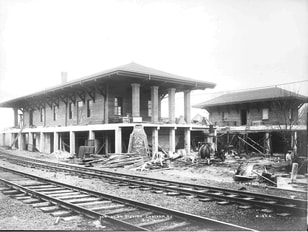 THE SIGHTS & PEOPLE OF FAIRMOUNT AVENUE This wonderfully illustrated program features the history of the "Fifth Avenue" of Chatham. Renowned architects, noted builders and everyday citizens all contributed in the development of this distinctive avenue as well as the social and architectural fabric of the entire community. Hear unique stories about the early days of the fire department, the building of the "new" train station, the residents of the avenue including the "bumps the Bumps" man and much more! First shown at the May 2013 Annual Dinner & Meeting, this program was so well received it was reshown at the October Program where over 100 guests attended. 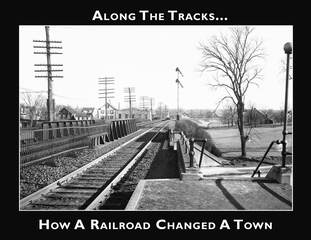 ALONG THE TRACKS...HOW A RAILROAD CHANGED A TOWN​ This informative program about Chatham’s history includes many never heard before stories! Did you know a famous US president came to town on the train or there was a 100 year old business in town which almost went under in the early days because of litter? Do you know the connection between Reasoner Park and the famous artist Thomas Nast? Enjoy these stories and much more! To view this program, click here. 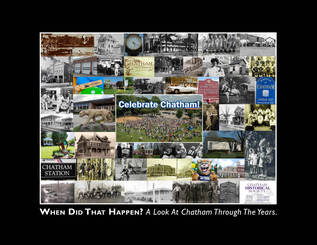 WHEN DID THAT HAPPEN? A LOOK AT CHATHAM THROUGH THE YEARS Through colorful stories, archival illustrations and vintage photos, this program traces the unfolding of Chatham into the town it is today.Follow the growth and evolution of Chatham from overnight stage coach stop to an important regional mill town. See how the arrival of the railroad in 1837 led to more growth for local industry, while at the same time shifting the focus of the town away from the river. This program covers 300 years of history right up until the transition of Chatham into the much sought after suburban community it is today.

THE TREE TOWNS PAGEANT The Three Towns Pageant was the culmination of a week-long celebration of the 150th anniversary of the adoption of the Declaration of Independence which took place in Chatham from June 28th through July 5th, 1926. Chatham, Madison and Summit participated in the pageant. It was recorded on film and in 2011 the unedited film of the event was digitized. Our first screening of the digitized film was presented at our 2011 Annual Dinner. It was well received and we look forward to many more showings.

HERE TODAY, GONE TOMORROW Initially presented at the Fishawack Festival on June 14, 2008, the program begins with photographs of buildings from the eastern end of Main Street and continues west to Lafayette Avenue. The photos are accompanied by text explaining some of the historically significant houses along the way. The presentation notes the number of demolished houses and considers what Main Street might have looked like today had they remained.
WALKING THROUGH CHATHAM'S PAST AT THE FAIR MOUNT CEMETERY was presented in October 2003 and again in October 2010. Fair Mount Cemetery contains many fascinating clues to the history of the Chatham community and the lives of people who have lived in this town over the course of two centuries. Guests followed a guide through the cemetery encountering a few of the men and women - ministers, educators, farmers, doctors, shop keepers - whose lives and vision contributed to the unique development and character of the community. Chathamites, in costume, enacted the part of specific individuals near the site of their final resting places.
Chatham Historical Society | PO Box 682 | Chatham, NJ 07928 | chathamnjhistory@gmail.com